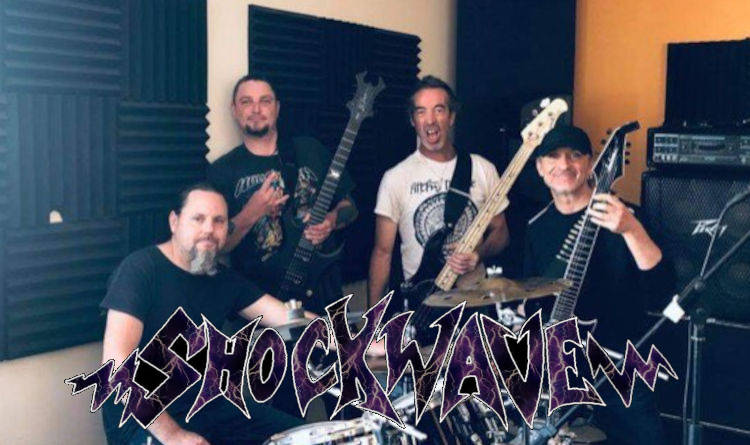 We’ve always had a long tradition of heavy metal bands coming from this deceptively quiet city of ours. Think back to Armoured Angel, Alchemist, Psychrist, Pod People and heaps more that have achieved serious levels of overseas acclaim. I’m going out on a limb here and and making a prediction another serious contender to this throne will be a new band SHOCKWAVE.

Shockwave have only come into being recently but feature Rob, Brendon and Doug from Canberra band Mattersphere. Rob has been known around Canberra for a long time now as a world class shredder and Metal stalwart, Brendon who has been smashing rhythms for a while now and organising shows around town. They’ve been joined by Ace Drummer Craig who’s previously been in a whole swag of local bands and ready to go as soon as they find a Singer.

At Click Canberra we’ve already heard some recording the band has done and…. Let’s just say these guys are going to kick some ass. This is some serious world class stuff! If you want to get the inside information on how this is all going check out the interview they did for Metal Mix Tape and keep an eye out for them doing their first few shows. It has Click Canberra’s seal of approval for a kick ass, loud, and heavy rockin’ night!

Don’t forget to keep checking back on https://www.clickcanberra.com for all the latest Canberra happenings and goings on that matter!