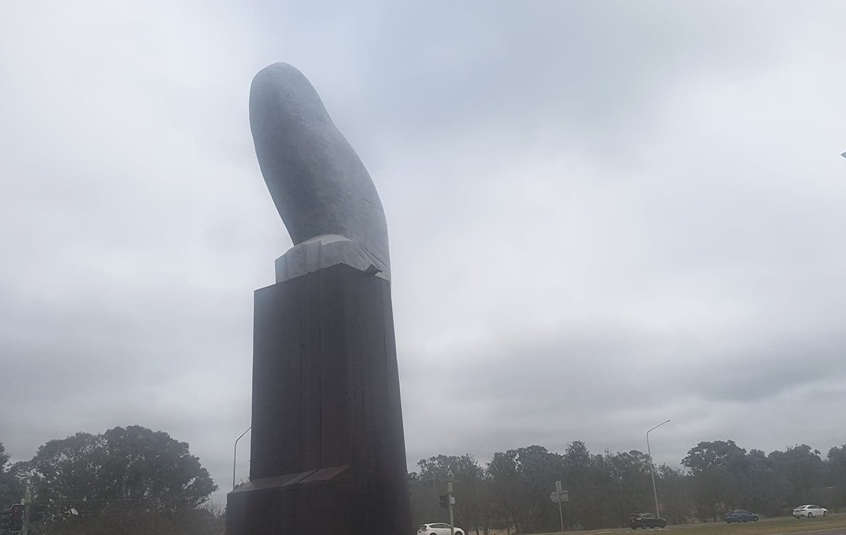 What is the story behind the famed Canberra Penis Owl?

Everyone I entertain from out of Canberra that see’s our famous Owl statue always asks me “what is with that owl?”. So here’s my answer as best as I can give it

Basically it was erected in 2011 under a public arts funding campaign. The then Melbourne based artist responsible Bruce Armstrong has been quoted as saying it wasn’t meant to look like anything other than an owl. It was only a few days after the statue was inserted into the grassy patch on Belconnen way / Benjamin way that it snickering child like Canberran’s started referring to it as the ‘Penis owl’ due to its phallic shape.

The “Canberra Penis owl” as it has come to be known, has inseminated potent discussions since then about the bang it provided for its buck coming in at $400,000 initially. But repeated vandalism and has more than doubled that cost according to word on the street.

I guess like it or hate it, you have to admit our phallic friend got Canberra and many parts of the rest of the country talking. One can question the validity of the artwork itself, but If you believe any publicity is good publicity…. It’s certainly gained our fair city some fully engorged notoriety!

Be sure to keep checking back on https://www.clickcanberra.com for more great articles and reading material